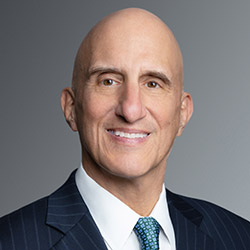 A partner in the Litigation Department with more than 40 years of complex litigation experience, Bob is among the elite litigators nationally representing major Wall Street banks and Fortune 500 companies in their most sensitive and highest-stakes trials and other matters. He has won favorable outcomes in dozens of significant shareholder and antitrust class actions and major trial victories in several matters on behalf of the leading financial institutions, including a complete defense verdict in a rare antitrust multidistrict litigation in which he was lead trial counsel, and the reversal of class certification in a major commodities case. He has also advised clients on derivative shareholders actions and ERISA actions relating to securities claims.

Robert Y. Sperling and Staci Yablon have joined the firm as partners in the Litigation Department, resident in New York.