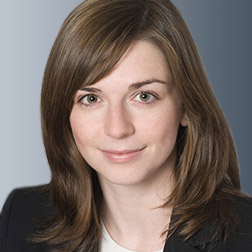 Counsel in the Restructuring Department, Sarah Harnett represents a variety of clients in a wide range of corporate restructurings, both in- and out-of-court. Sarah has significant experience advising companies, creditors and distress investors in restructuring matters across a range of industries.

Paul, Weiss advised Templar Energy LLC, an Oklahoma City-based, independent upstream oil and gas company, in the sale of substantially all of the company's assets to Presidio Investment Holdings LLC as part of Templar’s successful…

Paul, Weiss is advising Templar Energy LLC, an independent upstream oil and gas company, in its chapter 11 case, in the U.S. Bankruptcy Court for the District of Delaware.

Paul, Weiss is representing the special committee of the board of directors of Empire Resorts, Inc. in its acquisition by Kien Huat Realty III Limited and Genting Malaysia Berhad for $9.74 in cash per share of common stock, and with…