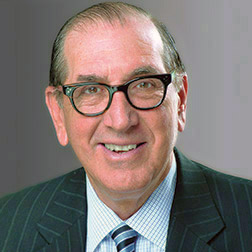 His numerous development transactions include representing the landowner in connection with:

Steve also has considerable experience representing clients in sales, acquisitions and financings, including involvement in multi-state mortgage financings on behalf of both lenders and borrowers and the formation of a real estate fund to purchase "B" notes and provide mezzanine financing for hotels, office buildings and residential developments. His experience includes representations of:

Steve has broad experience in the area of commercial office leasing, and has been a regular panelist in the annual symposiums conducted by the New York Law Journal titled "Mastering the Art of Negotiating the Modern Lease." He has completed office lease negotiations for the headquarters of HBO and NASDAQ. Mr. Simkin is currently engaged to represent Time Warner in connection with its four million square foot relocation move in New York City and the surrounding area.

With his involvement in the purchase, sale or financing of several hundred regional malls, Steve's shopping center experience is extensive. Equitable, Simon Properties, Taubman, Federated Department Stores and Saks & Company are among his list of clients. He has also been a principal speaker at the International Conference of Shopping Centers' Annual Meeting discussing the acquisition of regional malls.

In 2016, as a part of Commercial Observer's  "Power 100," Steve was one of the few lawyers named "Legal MVPs," lawyers who were behind the New York market's most exciting transactions during the previous year. Steve has also been recognized by Chambers, The Legal 500 and The Best Lawyers in America and is included in the International Who's Who in Real Estate Lawyers, Euromoney's Guide to the World's Leading Real Estate Lawyers and has been selected by the Real Estate Board of New York as one of the most influential persons in New York City.

Recognized by Chambers, Legal 500 and The Best Lawyers in America, Steve is included in the International Who's Who in Real Estate Lawyers, Euromoney's Guide to the World's Leading Real Estate Lawyers and has been selected by the Real Estate Board of New York as one of the most influential persons in New York City.

Steve is a cum laude graduate of both the University of Pennsylvania college and law school, where he was an assistant editor of the University of Pennsylvania Law Review. In addition to his practice, he serves as chair of the firm's Space Committee. He has served as a member of the Executive Committee of the Real Property Section of the New York State Bar Association and is currently on the Advisory Board of First American Title Insurance Company and Commonwealth Title Insurance Company. He is on the Boards of the New York University Real Estate Institute, the New York Junior Tennis League and the Dahesh Museum of Art.

Paul, Weiss represented 1199SEIU United Healthcare Workers East, the largest healthcare union in the United States, in entering into a 99-year ground lease for redevelopment of its former headquarters property in Times Square.

The acquisition by Paul Weiss client Melohn Properties earlier this month of a leased fee interest in 32 Old Slip, a downtown office building, and Paul Weiss's representation of Melohn, was featured in Law360 on April…

Paul, Weiss client William Morris Endeavor (WME) has leased approximately 70,000 square feet of space to relocate its New York offices to 11 Madison Avenue. The renowned talent agency will occupy a full floor in the tower between …

Paul, Weiss was named a Law360 Real Estate practice group of the year. The article, which quotes real estate partner Steven Simkin, highlights many of the department's matters including the firm's work representing the…