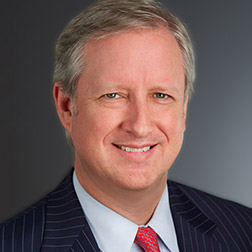 A partner in the Corporate Department, Bob Zochowski is a member of the Finance and Media, Sports & Entertainment Groups and formerly served as co-head of the firm’s Finance Practice Group. He is recognized as one of the leading securitization lawyers in the country by Chambers USA and The Legal 500, and has also been listed in The Best Lawyers in America for Securitization and Structured Finance Law (New York City) since 2013. He is also recognized as one of Lawdragon’s 500 Leading Dealmakers. In 2022, Law360 recognized Bob as an MVP in Structured Finance.

Bob has 30 years of experience as a financing lawyer, focusing on innovative and specialized finance structures. His expertise spans unique securitizations involving esoteric assets, such as films, patent royalties, power plants and hydrocarbon reserves to project financings and other traditional financings. He advises a diverse range of clients, including public and private companies, financial institutions and investment funds. Bob has extensive experience across a broad array of industries, including media and entertainment, franchise businesses, technology and energy/infrastructure.

Bob has been recognized for his securitization work by both Chambers USA and Chambers Global since 2015, and sources note he is highly sought after for his skill in a wide range of securitizations, and known as “the go-to expert” in securitizations who is “commercial and can solve complex issues quickly.”

Some of his recent representations include:

Bob currently serves on the Board of Trustees of The Lawrenceville School. Bob served on the Board of Regents of Georgetown University from 2014 to 2020. He also served as co-chair of the Esoteric Assets subcommittee of the Structured Finance Industry Group in 2015 and 2016.

Paul, Weiss advised MetroNet, an Indiana-based telecommunications company and the largest privately-owned fiber to the premises (FTTP) platform in North America, in connection with MetroNet’s corporate reorganization, its inaugural…

Paul, Weiss advised General Atlantic in its investment in Chess.com, one of the world’s largest chess platforms. Launched in 2007, Chess.com is a leading online destination for playing, learning and watching chess, with over 75…

Paul, Weiss advised GCOM, a leading technology company that specializes in outcome-driven solutions for state and local governments, and a portfolio company of Sagewind Capital, in its acquisition of ASR Analytics, a leader in…

Corporate partner Bob Zochowski was recognized as a Law360 2022 “MVP” in the Structured Finance category.