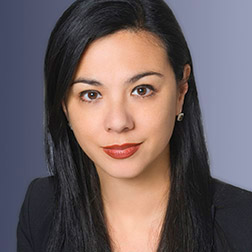 Elizabeth is widely recognized as a leading restructuring practitioner, including by Chambers USA, Who's Who Legal and IFLR1000. According to Chambers research, clients recognize that “she is very detail-oriented, hard-working and intelligent.” She is listed as a “Leading Lawyer” by The Legal 500, in which clients note that Elizabeth “has strong expertise in her field” and “has an art for handling difficult personalities to reach consensus,” and she is named in Lawdragon’s “500 Leading US Bankruptcy & Restructuring Lawyers.” Elizabeth’s representations have been recognized by numerous industry publications. In 2022 and 2021 respectively, she was awarded IFLR's Asia-Pacific "Restructuring Deal of the Year" for her role in the restructuring of Boart Longyear and sale of Virgin Australia to Bain Capital and related U.S. chapter 15 cases. The M&A Advisor selected the restructuring of Pacific Drilling as the 2019 “Energy Deal of the Year” and The Bon-Ton Stores as the 2018 “Consumer Discretionary Deal of the Year (Over $100 MM). The Financial Times has “Highly Commended” Elizabeth in its annual report on “U.S. Innovative Lawyers” for her work representing certain CEVA Group lenders in the company’s restructuring.

Elizabeth currently serves on the Bankruptcy and Corporate Reorganization Committee of the New York City Bar Association and she is a member of the American Bankruptcy Institute.

Restructuring partner Elizabeth McColm will participate in a panel, “Valuation of Assets and Treatment of Claims and Contracts in Insolvency Proceedings,” as part of the Strengthening Insolvency Systems in Asia and the Pacific…

Restructuring partner Elizabeth McColm will participate in a panel on “Valuation in Bankruptcy, The Practitioners’ View” as part of the University of Chicago Conference on Judicial Valuation.

The Financial Times has selected Paul, Weiss as one of the 15 most innovative law firms in North America in its Innovative Lawyers report.