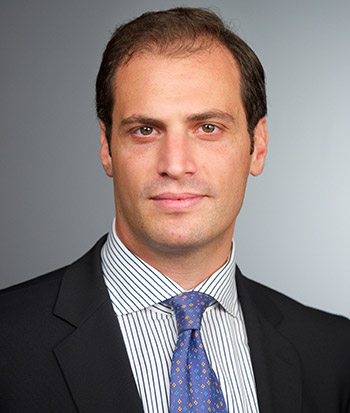 Paul, Weiss: Take us through the path of your professional experience, including what you are doing today.

Ben Aronovitch: My legal career fits pretty neatly into two categories: my nearly eight years at two major law firms—including my time as a senior associate at Paul, Weiss—and my time in-house at Taylor Morrison. Having now spent almost five years at Taylor Morrison working hard to be an effective in-house practitioner, I can fairly say that the law firm experience was the foundation for my career.

Ben Aronovitch: It was a perfect combination of circumstances, as well as the direct result of my time at Paul, Weiss. Starting with the firm’s representation of the private equity group that acquired Taylor Morrison in 2011 and culminating in the company’s highly successful IPO in 2013, I was fortunate to form a really exceptional working relationship with the Taylor Morrison team, especially its General Counsel, CEO and CFO. Today I count them as among my greatest colleagues and mentors. The platform of the business was certainly attractive to me, but it was really the people and the fit that made the opportunity so compelling. It was ultimately a seamless transition in the months following the IPO.

PW: As Vice President & Deputy General Counsel, what does your “day to day” look like?

Ben Aronovitch: One of the wonderful things about practicing in-house is the variety of matters that can come across your desk in any given day—so a typical day is hard to identify. One moment you can be advising the board, looking at an M&A deal, preparing for a financing and assisting with tax structuring; while the next moment you can be assisting in a lobbying effort focusing on industry regulation, in a mediation or out on-site touring a community of homes where a defect litigation has arisen.

PW: What are the most satisfying elements of your position?

Ben Aronovitch: One word: variety—variety of the work, but also variety of the people. A big part of the job is working with all kinds of people across the organization, not just senior corporate officers or board members. You end up learning a lot from your colleagues.

We’ve been very busy over the past five years, so there is no shortage of wins for the company, but I’m most proud of helping to create a robust public company reporting and compliance infrastructure in the wake of our IPO, getting our Canadian business sold and helping to manage the successful exit of our private equity sponsors.

PW: What do you find to be your biggest challenge?

Ben Aronovitch: Same word: variety. I believe you have to be a strong generalist in this role, which is challenging enough. But part of doing that is being able to quickly get the measure of an issue, resource it with the right people (often meaning outside counsel) and manage it effectively internally. And the variety of internal clients—each with their own approach, style and background—makes internal management especially challenging, but also very rewarding.

PW: What did you learn at Paul, Weiss that helps you in your practice today?

Ben Aronovitch: My three foremost teachers at the firm were Ted Maynard, who could give a masterclass in what leadership looks like; Larry Wee, who demonstrated work ethic by example; and John Kennedy, who made sure I understood that actually being right on an issue was more important than sounding right.

PW: What about a lesson that you taught someone else?

Ben Aronovitch: Lawyers can be very intense, and I would venture to say I’m no different. So I’d hope that other lawyers I worked with, especially more junior ones, were able to appreciate my effort to show them that you can always keep things light and humorous, even when under a lot of pressure. I try to do that in my current role, though I make no representation about the quality of the humor or the way it is received by my colleagues...

PW: What advice would you give to current associates about making the most of their time at the firm?

Ben Aronovitch: Do everything, even if you don’t like it. It will make you better.

Ben Aronovitch: Simply put, it’s a great way to stay connected to some of the most enduring friendships and professional relationships that I’ve formed.

PW: What keeps you busy outside the office?

Ben Aronovitch: We’re fortunate in Arizona to have some great weather (most of the year), so just about anything that can be done outside with my two little kids counts as fun.

PW: If Taylor Morrison could build you a home anywhere, where would it be?

Ben Aronovitch: There are some we have going up in the Pacific Palisades in California that I wouldn’t turn down, if offered.

Sarah Dodds-Brown (Corporate M&A, 1998 – 2005) discusses the evolution of her career at American Express, her day-to-day as Executive Vice President and Managing Counsel and the responsibility that the business community has in…

Nora Ahmed (Litigation, 2012 – 2014; 2015 – 2020) talks about joining the ACLU in Louisiana, leading the “Justice Lab: Putting Racist Policing on Trial” initiative and the role lawyers at a big law firm or in-house can play in…

Jonathan Truppman (Litigation, 2010 – 2012; 2013 – 2015) reflects on the transition from Big Law to a rapidly growing start up, going through the IPO process during the COVID-19 pandemic and the need for mental space in a…