Retired Paul, Weiss partner Marty London’s recent book, The Client Decides, reflects on some of the litigator’s most celebrated cases and clients. Marty sat down with us to discuss the book’s thought-provoking title, today’s fractious political landscape and the joy of fishing. 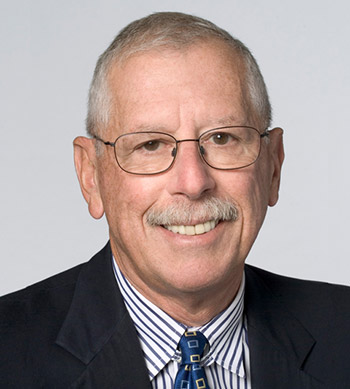 Paul, Weiss: Tell us about the title “The Client Decides.” What does that mean? What did, say, Jackie O. decide?

Marty London: The statement derives from Judge Rifkind’s comment, and its essence is this: it is the client in each case that decides what kind of lawyer I’m going to be. If the client is accused of committing a crime, I am a criminal lawyer. If the client is defamed, I’m a libel and First Amendment lawyer. So I have ended up being a securities lawyer, doing criminal, civil and criminal antitrust, First Amendment, tort, administrative law, matrimonial, contract, trademark, etc. – because that is the case the client brought to us. I don’t think there’s a discipline out there I haven’t taken on – maybe patent. Or medical malpractice. But everything else, will contests,  airplane accidents, I’ve done that.

So when Jackie was being terribly harassed by the paparazzo and she said, I’m not going to take this anymore, she decided she needed assistance with First Amendment issues, tort issues, privacy issues. That’s the lawyer I was for her. The following year I was a criminal lawyer representing the Vice President of the United States of America.

PW: You’ve written recently about parallels between the lead-up to the 1973 Agnew resignation and certain current political rumblings. Specifically, you’ve commented on criminal prosecution of Article II officers and the threat government leaks pose to securing a fair trial. Now Washington is again awash in investigations and special committees. What else can we learn from the past?

ML: In the ‘70s, when all these Agnew leaks were coming out of the Justice Department, we moved to depose basically the DOJ and the reporters to get to the bottom of it all. The Department and the press went berserk; they howled it was unprecedented. And they were right! It was unprecedented, it was ingenuity, we made up the idea that suited the needs of the moment. That’s what we try to do.

I can’t remember a day in the last several months that we don’t have the president as front-page news. As thorough as the Agnew coverage was, it doesn’t compare to what we see today, whether it’s The Washington Post in fighting Watergate form or Maddow or even Colbert. Today people are so polarized, you’ll have a grand jury ready to indict even without real evidence. And with today’s polarization, the other side would just reject that decision out of hand. This makes the leak issue even more complicated than it was before. So what do we learn? We’re in a lot of trouble, that’s what we’ve learned!

PW: It’s surprising how many of your adversaries ran into trouble when you out-prepared them in court, and out-maneuvered them in oral argument in particular. What was the secret?

ML: Well, preparation is the key to our trial practice. That takes a talented and hard-working team. On oral argument, same thing. I never went into any appellate argument without reading each important case, the ones for us and the ones against us. There’s nothing like reading the case. Once you’ve read and you’ve distilled the good and bad points – which also requires help from others – then you can argue intelligently. It’s a discussion, not a speech, and a presentation, not a brief.

PW: The book concludes with a meditation on fishing, a sport that requires both diligent preparation and quick thinking in order to avoid injury to one’s dignity (and to one’s extremities). Sort of like practicing law?

ML: I can think of two important lessons from fishing. The first is patience. What’s the saying? “It’s not called ‘catching,’ it’s called ‘fishing.’” Second, trial lawyers live intense lives. The business of being a lawyer is so focused, such hard work. If you can find an activity to get away from it all, that’s what allows you to do the hard stuff. You’re refreshed. I like to fish from the shore, but I don’t enjoy it as much as going out on the boat. I’m sitting in a teacup of a boat in a great ocean and looking at the water and the birds and smelling the sea. For me it’s curative, it’s a potion. It’s almost as good as catching a fish – but not quite!

Gwen Marcus (Entertainment, 1981 – 1984) reflects on her longtime drive to practice entertainment law and her personal and professional connections to Paul, Weiss.

A new production of a biographical play, To Buy the Sun: The Challenge of Pauli Murray, illuminates the struggles and accomplishments of an extraordinary woman. Paul, Weiss is proud to serve as a lead sponsor of the play’s 2018 tour.

The American Lawyer published a feature article on April 16 about Paul, Weiss’s sponsorship of a new play about alumna Dr. Pauli Murray, “To Buy the Sun: The Challenge of Pauli Murray.”

In October 2017, Paul, Weiss celebrated the 30th anniversary of its Tokyo office with a Tokyo reception for clients and friends of the firm and a separate dinner with our alumni in Japan.

Ben Aronovitch (Corporate Securities, 2010 – 2013) discusses the diverse rewards and challenges of working in-house at one of the country’s largest home building companies.

Giulianna Ruiz (Corporate Funds, 2006 – 2013) visited with her mentor Bob Hirsh, Of Counsel and Chair Emeritus of the Private Funds group, to discuss challenges of the 2008 financial crisis and the critical role of mentorship in…

In this video, attendees discuss the value of having a women’s network and the women who have inspired them in their careers.

Brad Hoylman (Corporate, 1996 – 1997) discusses his path to public service in the New York State Senate, the importance of civic engagement at the local level and Paul, Weiss’s legacy of diversity and inclusion.

Randi Adelstein (Litigation, 2004 – 2005) speaks about her path to becoming a regulatory attorney, the lessons she took from Paul, Weiss, and giving back to the legal community through professional and personal service.

Former Secretary of Homeland Security Jeh Johnson has rejoined Paul, Weiss as a partner in its Litigation Department. He will be advising clients on crisis management, government and internal investigations, high-stakes litigation and …

Paul, Weiss is a close-knit community with a distinct culture and shared values. In this video from our Alumni Reception, current and former Paul, Weiss lawyers share their thoughts on the firm and their ongoing connections to its…