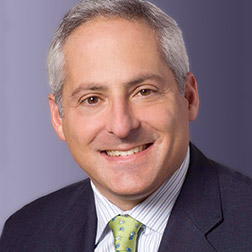 A former co-chair of the Paul, Weiss Litigation Department and a former member of the firm’s Management Committee, Michael E. Gertzman has deep experience handling complex criminal, regulatory and civil matters, with a particular emphasis in the white-collar, economic sanctions, anti-money laundering, Foreign Corrupt Practices Act (FCPA), cryptocurrency, and securities areas. Prior to joining the firm, Mike served as an Assistant United States Attorney in the Southern District of New York.

Mike has tried more than a dozen civil and criminal cases to verdict in federal and state courts around the country. But his primary focus is on keeping clients out of court. He regularly represents financial institutions, public companies, and private equity funds in their most sensitive matters before the SEC, the Department of Justice, federal and state bank regulators, and other federal and state regulatory bodies. He also has extensive experience representing companies, Board of Directors, and special Board committees in conducting internal investigations of highly sensitive matters. His clients, which include global companies and financial institutions headquartered in the U.S. and Asia, look to Mike for matters involving alleged securities fraud, accounting fraud, price-fixing and insider trading. Mike also has significant experience handling FCPA, anti-money laundering and economic sanctions matters. Mike also frequently represents companies, partnerships and their executives and principals in civil litigation and arbitrations involving breach of contract, breach of fiduciary duty, fraud and other commercial claims.

Since 2014, Benchmark Litigation has named Mike a New York Litigation Star in the areas of white collar crime, securities, FCPA and enforcement, general commercial litigation and antitrust. He's also been recognized by Legal 500 for white-collar criminal defense matters and general commercial disputes, recognized by Chambers Global for disputes, and noted by Global Investigations Review in the GIR 30.

Mike's current and recent representations include:

Between 1992 and 1996, Mike served as an Assistant United States Attorney in the Southern District of New York. There, he prosecuted a broad array of criminal matters, including securities fraud, mail and wire fraud, insider trading, public corruption and others. He also taught trial litigation skills at a Department of Justice seminar and received the Attorney General's Award for Superior Performance.