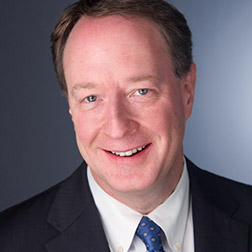 As counsel in the Litigation Department, Gary R. Carney focuses on handling class action and other complex commercial litigations, particularly in the area of antitrust litigation.

In recent years, Mr. Carney has played a leading role in a number of significant cases for a global payment card company. These matters include a Justice Department enforcement action tried over three months in New York federal court, several of the country's largest class actions brought against the payment card industry by putative classes of millions of merchants, and multistate consumer class actions filed under state antitrust and consumer protection statutes. Mr. Carney has also served as a lead counsel in antitrust litigations for clients in a broad range of industries such as magazine publishing, equipment leasing and workers' compensation insurance. As to the latter, Mr. Carney for many years represented a national insurance rating organization and insurance companies in class litigations in state and federal courts around the country concerning antitrust and unfair trade practice claims stemming from alleged insurer practices in the workers' compensation industry. He also has substantial experience in securities litigation, representing several major investment banks and broker-dealers in securities and RICO cases arising out of both securities offerings and trading practices. Currently, he is representing one of the world's largest insurance and financial services companies in a major securities class action challenging a variety of alleged misrepresentations concerning transactions and conduct that purportedly inflated the company's stock price.

From 1989 to 1990, Mr. Carney was an associate counsel to the President's Commission on Aviation Security and Terrorism, which undertook wide-ranging investigation of aviation security issues (prompted by the bombing of Pan Am Flight 103 over Scotland in 1988) and initiated a series of federal statutory and regulatory enhancements in the area.

Landmark Antitrust Victory for Becton Dickinson in the Fifth Circuit

Landmark Antitrust Victory for Becton Dickinson in the Fifth Circuit

Paul, Weiss clients Sharp Corporation and Sharp Electronics Corporation won a significant victory when the United States Court of Appeals for the Seventh Circuit affirmed the dismissal of the vast majority of antitrust claims…