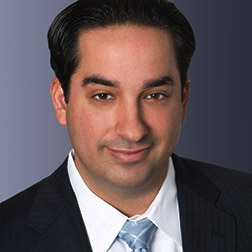 David Harris is a Counsel in the Corporate Department and a member of the Mergers and Acquisitions Group and the Private Equity Transactions Group. He focuses his practice on a range of corporate matters, with special emphasis on merger and acquisition and private equity transactions. He has assisted in advising clients in both public and private mergers and acquisitions in industries such as apparel, communications, retail, financial services, real estate management and manufacturing. David also has assisted in advising various private investment fund clients in private equity transactions and joint ventures and both shareholders and targets in connection with a variety of activist-related matters.

Some of David's recent matters include:

David served on the Fordham Urban Law Journal at Fordham University School of Law. Previously, David was a law clerk for Justice Ira Gammerman of the Supreme Court, New York County and interned at the U.S. Securities and Exchange Commission, where he worked directly with both compliance investigators and enforcement attorneys. David also worked for a small regional financial advisory firm in Washington, D.C., where he was able to procure his Series 7 and Series 63 stockbroker licenses.

Paul, Weiss is advising Apollo portfolio company Yahoo in its 30-year exclusive commercial agreement with Taboola, a global leader in powering recommendations for the open web.

Paul, Weiss advised iStar Inc. in the $3.07 billion sale of its portfolio of net-leased properties to the Carlyle Group.

iStar Inc. to Sell Net-Leased Property Portfolio to Carlyle Group for Over $3 Billion

iStar Inc. to Sell Net-Leased Property Portfolio to Carlyle Group for Over $3 Billion

Paul, Weiss is advising iStar Inc. in the $3.07 billion sale of its portfolio of net-leased properties to the Carlyle Group.

Paul, Weiss is advising Altimar Acquisition Corporation in its combination with Owl Rock and Dyal Capital.

Paul, Weiss is advising The Carlyle Group in the bankruptcy of Guitar Center Inc., the world’s leading musical instrument retailer. The Guitar Center filed for Chapter 11 in U.S. Bankruptcy Court of the Eastern District of Virginia…

Paul, Weiss represented an ad hoc group of stakeholders in the successful prearranged chapter 11 cases of Exide Technologies, LLC, a Georgia-based global manufacturer of automotive and industrial batteries with operations in more than …

Paul, Weiss is advising Kohlberg & Company, LLC in its acquisition of a majority stake in PCI Pharma Services, a leading pharmaceutical and biopharmaceutical global supply chain solutions provider, from Partners Group, a global…