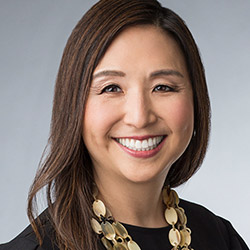 Hon. Stanley Sporkin, District Court for the District of Columbia

Hon. Judith Rogers, Court of Appeals for the District of Columbia Circuit

Hon. Stanley Sporkin, District Court for the District of Columbia

Hon. Judith Rogers, Court of Appeals for the District of Columbia Circuit

Jeannie Rhee is a dynamic litigator and former prosecutor with extensive trial and investigations experience who leads significant civil, white-collar and regulatory matters, oversees sensitive internal investigations, and advises clients on threatening cybersecurity and data-privacy matters. Jeannie serves as co-head of the firm’s Cybersecurity & Data Protection practice, deputy managing partner of the Washington, D.C. office and a member of the firm's Management Committee. Clients quoted in Chambers USA call Jeannie “an exceptional counselor” who “has a deep commitment to understanding complex business and global strategy,” and who is “incredibly astute at seeing around corners."

From May 2017 to 2019, Jeannie worked with Robert Mueller in the Special Counsel’s Office, where she led the team investigating Russian cyber, social media and intelligence efforts to influence the 2016 presidential election. Jeannie's team was responsible for many of the office’s significant accomplishments: the two Russia-related indictments, the prosecution of Trump associate Roger Stone, and the guilty pleas of attorney Michael Cohen and campaign advisor George Papadopoulos. Jeannie also helped secure the guilty plea of former campaign manager Paul Manafort. She served as Deputy Assistant Attorney General in the U.S. Department of Justice’s Office of Legal Counsel between 2009 and 2011 and as an Assistant U.S. Attorney in the District of Columbia between 2000 and 2006. As an AUSA she handled more than 30 jury and bench trials involving public corruption, health care fraud, national security violations and other issues, and served as lead counsel in a congressional corruption investigation.

Jeannie has been recognized as one of the Top 250 Women in Litigation by Benchmark Litigation (2020-2022); as a “South Trailblazer” by The American Lawyer (2022); as one of the 500 Leading Litigators in America by Lawdragon (2022); as “Woman Lawyer of the Year” by the Women’s Bar Association of the District of Columbia (2020); and as a leading lawyer by Chambers in the Litigation: White-Collar Crime & Government Investigations (District of Columbia) category (2022). She received the National Asian Pacific American Bar Association’s Pro Bono Award in 2021.

President Biden recently issued an executive order directing the steps the U.S. will take to implement commitments agreed to under the European Union-U.S. Data Privacy Framework.

Jeannie Rhee Named a 2022 “South Trailblazer” by The American Lawyer

Jeannie Rhee Named a 2022 “South Trailblazer” by The American Lawyer

Litigation partner Jeannie Rhee was recognized as a 2022 “South Trailblazer” by The American Lawyer.

Litigation partner Jeannie Rhee has been shortlisted for “Privacy & Data Protection Lawyer of the Year” in Euromoney’s 2022 Women in Business Law America Awards.