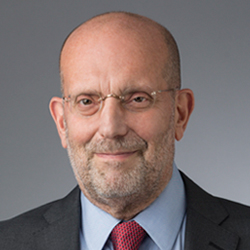 From 2014 through 2022, Steve served as commissioner of the New York City Department of Social Services (DSS), the largest social services agency in the United States, managing approximately 16,000 staff serving over three million New Yorkers per year with an annual budget of $12 billion.

In that role, he established and led reforms for many robust and high-impact DSS programs, including the first-in-the-nation Right to Counsel program for low-income tenants, expanded legal assistance for immigrants, Cash and Rental Assistance, Food Assistance, Medicaid and other programs that address income inequality, modernize and streamline access to public benefits, and prevent and ameliorate homelessness.

In April 2016, following a comprehensive review of the city’s homelessness policies, former New York City Mayor Bill de Blasio appointed Steve to lead the Department of Homeless Services, in addition to the Human Resources Administration, as head of a joint management structure under the DSS. During his tenure, the DSS decreased evictions, reduced the number of families experiencing homelessness and residing in shelters, and dramatically enhanced and expanded assistance for low-income families and individuals.

Prior to serving in city government, Steve spent over three decades at New York City’s Legal Aid Society, the country’s oldest and largest not-for-profit legal aid organization. From 2004 to 2014, Steve was the attorney-in-chief at LAS, where he managed the legal practice and operations of the criminal, juvenile rights and civil programs run by the organization, which handles 300,000 legal matters each year in all five boroughs. At LAS, he had an extensive track record of working productively with a diverse and unionized workforce and helping the city's most vulnerable residents—including children and families, seniors, survivors of domestic violence, immigrants and people with HIV/AIDS—navigate DSS programs and services.

In 2008, Steve helped reach a landmark settlement in McCain v. Koch, resulting in the establishment of a permanent enforceable right to shelter for families experiencing homelessness in New York City. For many years, he also served as counsel to the Coalition for the Homeless, enforcing the right to shelter for single adults.

Special Counsel Steve Banks was quoted in The New York Times in an article on the funding gap for housing for chronically homeless people.

Paul, Weiss successfully reached a settlement resolving claims for nonpayment of rent brought against a pro bono client by her landlord.

Loretta Lynch and Steve Banks Urge Businesses and the U.S. Government to Step Up to Support Ukrainians in Fortune Op-Ed

Loretta Lynch and Steve Banks Urge Businesses and the U.S. Government to Step Up to Support Ukrainians in Fortune Op-Ed

In a commentary in Fortune, litigation partner Loretta Lynch and special counsel Steve Banks call on American business leaders and the U.S. government to step up their support for embattled Ukrainians by addressing two urgent human…

Litigation partner Audra Soloway interviewed pro bono special counsel Steve Banks about his decision to join Paul, Weiss and his work at the NYC Department of Social Services and the Legal Aid Society.

Steve Banks Featured in Law360 Profile on His Move to Paul, Weiss

Steve Banks Featured in Law360 Profile on His Move to Paul, Weiss

Steve Banks, who recently joined Paul, Weiss to lead the Pro Bono practice as Special Counsel, was featured in an article in The New York Times Magazine that provides an in-depth history of Steve’s unique and deeply humane approach to …

Steven Banks, New York City’s Commissioner of the Department of Social Services and former Attorney-in-Chief of the Legal Aid Society, will be joining Paul, Weiss as Special Counsel in a role overseeing the firm’s nationally…