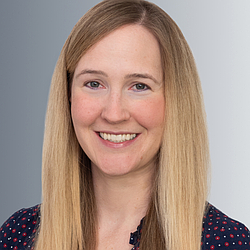 A partner in the Litigation Department, Jessica Phillips has litigated a variety of complex commercial cases in federal and state trial and appellate courts across the country. She has experience in a diverse array of practice areas, including employment law, contract law, business torts, securities fraud, constitutional law, defamation, healthcare and intellectual property. She has taken five cases to trial in courts around the country and has experience in California arbitrations.

Jessica currently represents individuals who were injured in the August 2017 Unite the Right rally in Charlottesville, Virginia, in a lawsuit against 24 neo-Nazis, white supremacists and affiliated hate groups who organized and conspired to commit violence at the rally.

Jessica also has extensive experience representing clients in appeals, including before the U.S. Supreme Court; she second-chaired Vance v. Ball State University, one of the most closely watched recent employment discrimination cases. She has also handled appeals before the New Hampshire Supreme Court, the Delaware Supreme Court, and the Second, Fourth, Sixth, Ninth, Eleventh and D.C. Circuit Courts of Appeal. As lead counsel, Jessica argued a pro bono ERISA case before Second Circuit.

Litigation partner Karen Dunn published an op-ed, “The Capitol mob followed the same violent playbook as the Charlottesville rioters. We have to hold them all accountable,” in the January 12 edition of the Jewish Telegraph Agency.

Paul, Weiss, with Integrity First for America (IFA) and a coalition of law firms, secured a civil contempt order and an arrest warrant for Texas resident Robert “Azzmador” Ray on behalf of nine plaintiffs who are suing individual and…

Meredith Dearborn and Jessica Phillips, two talented trial lawyers, are joining the firm as partners in the Litigation Department.

The American Lawyer recognized litigation partner Karen Dunn as a “Litigator of the Week” for her part in the $26 million jury verdict against white supremacist and neo-Nazi groups in federal district court in Charlottesville.