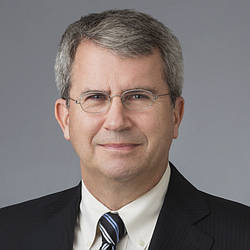 Bill Isaacson, a partner in the Litigation Department, is widely considered one of the most preeminent litigators of his generation. A Fellow of the American College of Trial Lawyers, Bill was named a “Litigator of the Year” in 2016 and a “Litigator of the Week” three times by The American Lawyer. Chambers reports that Bill is a “celebrated trial lawyer” and is “highly recommended for his work in complex class actions” with clients commending his “superb intellect” and that he is a “very smart strategist.”

Bill has tried cases in a number of areas, including contract, commercial torts, copyright, international arbitration and antitrust. In antitrust, Bill has successfully represented both plaintiffs and defendants in major antitrust litigations; of the approximately dozen federal antitrust class actions that have gone to trial and judgment in this century, he has tried five of them, winning verdicts in each case. Global Competition Review has noted that “arguably no antitrust lawyer in recent memory has had as much success for both plaintiffs and defendants as Bill Isaacson.” Lawdragon writes that it is “nearly impossible to find a more reliable antitrust litigator than Isaacson, who has successfully handled several of the most high-profile cases in the past two decades.”

Bill has achieved numerous industry awards over the years. Bill is among only 31 lawyers to be named in the Lawdragon 500 each of the last 10 years; Law360 has twice named Bill a “Competition MVP” and also has named him a “Titan of the Plaintiffs Bar.” Global Competition Review has named him a “Litigator of the Week.” He is also recognized by The Legal 500 as a “Hall of Fame Lawyer” in the Antitrust: Civil Litigation/Class Actions: Plaintiff category, a “Leading Lawyer” in the Trial Lawyers category, and is recommended in the Antitrust: Civil Litigation/Class Actions: Defense category. In college, he was a finalist at the 1982 National Debate Tournament.

Bill has spoken and presented regularly at legal conferences, including NYU Law School’s conference on Antitrust and 21st Century Bigness; the ABA’s American Judicial Law Institute for Antitrust (sponsored by University of California at Berkeley and the University of Chicago); the American Antitrust Institute; the Sedona Conference; and MLEX Advisory Board; and has conducted mock trials for the Spring and Fall ABA Antitrust Conferences and the ABA Economics Institute for Judges at George Mason University.

Bill is a member and former Chair of the Board for Legal Counsel for the Elderly. In 2015, the group recognized him with its individual Award for Sustained Excellence and Outstanding Commitment. His pro bono work was featured in articles in the Washington Post in 2010 and 2017.

The District of Columbia Court of Appeals granted a petition for rehearing filed by Paul, Weiss on behalf of a pro bono client in a case involving an improper termination of a housing voucher and a denial of a hearing over that…

Paul, Weiss achieved a significant victory for Amazon Executive Chairman Jeff Bezos and investigator Gavin de Becker when the California Supreme Court denied a petition to review the California Court of Appeals’ dismissal of a…

Several recent statements by the assistant attorney general in charge of the U.S. Department of Justice’s Antitrust Division indicate that the DOJ is increasingly focused on issues relevant to private equity, including roll ups,…

Paul, Weiss, alongside co-counsel, secured a major victory in Sines v. Kessler on behalf of nine pro bono clients who were injured in the violence during the August 2017 “Unite the Right” rally in Charlottesville, Virginia. In this…

Paul, Weiss was recognized, along with Kaplan Hecker & Fink and Cooley LLP, for “Best Provider Collaboration,” in the American Lawyer’s 2022 Industry Awards.

Litigation partner Bill Isaacson was recognized as a Law360 2022 “MVP” in the Competition/Antitrust category.

Litigation partner Meredith Dearborn was named an Insider “Rising Star of the Courtroom” for 2022. In a short interview with Insider, Meredith discussed her path to becoming a lawyer and her enthusiasm for trial work.

Litigation partners Bill Isaacson and Jessica Phillips, alongside co-counsel at Morgan, Lewis & Bockius, were recognized by The American Lawyer’s “Litigation Daily” column for winning a crucial contempt order and sanctions on…